The Evolution of Digital Advertising

Even though we’re not web developers, it’s something we talk about all the time when we’re planning digital marketing campaigns. When display advertising (think web banners) was ramping up in the late 90s, its focus was not user experience (UX) but about getting the most impressions and clicks by displaying more ads on more websites. And slowly but surely, like offline advertising, we’ve evolved into a culture of wanting the display and placement of the advertising to be a positive experience for the user so they actually engage.

Our societal overindulgence/borderline obsession with the internet has made us more and more immune and blind to or, depending how you look at it, annoyed, with web banner advertising and so we marketers are challenged with making it more organic and less intrusive. To put this into perspective, 16% of the US population (45 million monthly active users) has gotten so annoyed by online advertising that they’ve downloaded ad blocking applications. Source: “The Cost of Ad Blocking” by PageFair and Adobe

So, how can digital ads deliver a better user experience? Our industry leader, the Interactive Advertising Bureau defines the ideal UX as:

“It is…great content delivered at the blink of an eye with no distractions from user’s consumption objectives at lowest possible cost (low bandwidth and battery life for mobile world) to consumer and being transparent about consumer’s privacy.”

This is one of the leading principles behind the trends in display advertising in 2016. And like fashion from the 80s has made a comeback, some of the new technology has been pushed aside for the old basics. 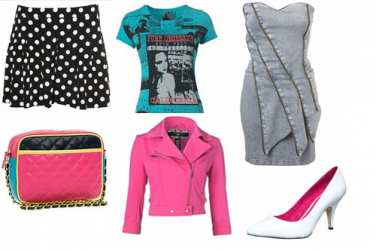 Out goes flash banner advertising—Apple and Google Chrome don’t even support it—and back in comes static art (and HTML5 if you’re still yearning some movement). And here is why, because it supports a better UX—first, it offers faster delivery; especially as we move to be mobile-first and second, its non-moving designs are less intrusive.

Beyond the tried and true, platforms are taking it to the next level by controlling the UX of advertising by weaving it into their interface, called native advertising. Think Google Adwords. Did you know that more than 35% of people don’t even notice if they are clicking on an ad or organic link? And thank you Facebook newsfeed ads that suck me in more than I’d like to admit!

Even native advertising is not a new concept. It’s just another example of how the old becomes new again in advertising. When I was about 9 years old my mom got a DVD of the “George Burns and Gracie Allen” Show. She passed along her love for some of the old classics to me (you bet I’ll be pulling out my copy of “Easter Parade” in a few weeks!) and I was eager to watch along with her. I distinctly remember thinking, “Where are the ads? All they have is George and Gracie breaking to do a commercial for Carnation evaporated milk in the middle of their show.” And of course now I think to myself – native advertising at its best! So, it came at no shock when NBC announced they would decrease time for commercials and add sponsored segments. It all comes full circle, people.

Here enjoy. I couldn’t help myself.

So, if we go back to where it all started – the whole point of web banner advertising was to get you to click. And the messaging behind a successful web banner is to make the call-to-action as simple and direct as possible. This is true whether you’re using a static banner, an HTML5 banner or native advertising—your effectiveness is measured by how many people engage with your message.

Testing the creative message, the delivery, the platforms and the position are all worthy tests to determine what is giving your audience the best UX. What is the key factor to gaining your best user interaction?