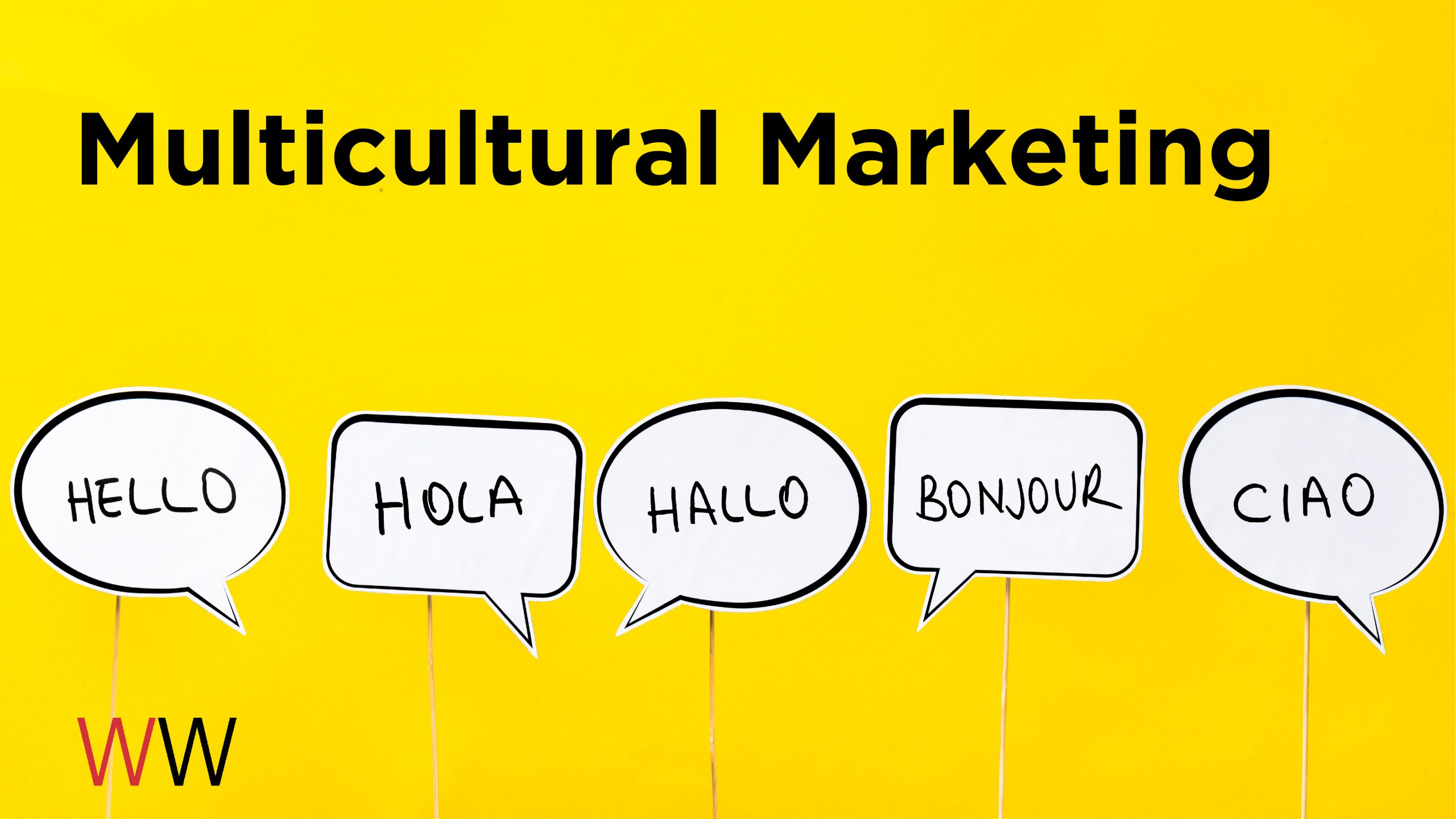 The U.S. has reached a tipping point, where most of the population is now multicultural. The U.S. Census estimates America’s whites will become a minority in 2043 – making the country majority-minority. Most of us are already multicultural, according to EthniFacts, by virtue of where we live and who we marry, among other things.

According to the U.S. Census Bureau, the U.S. is currently roughly 18.3 percent Hispanic or Latino, 13.4 percent African-American, and 5.9 percent Asian, and almost 76.5 percent white.

These facts demonstrate the importance of multicultural marketing – but, what is it?

Simply stated, multicultural marketing is the practice of marketing to one or more audiences of a specific ethnicity—typically an ethnicity outside of a country’s majority culture, which is sometimes called the “general market”. In some countries, it can also be referred to as ethnic marketing.

And, why is multicultural marketing important?

Well, now that you know how much population in the U.S. is changing, and that soon the “general market” will be a minority, you can imagine that speaking to multicultural audiences is more important every day.

And it’s not a matter of translating your English message to Spanish, Chinese or Vietnamese. It’s more than that – it’s transcreation. Transcreation comes from the combination of translation and creation. It’s simply the act of changing a text or creative to make its meaning culturally relevant for the multicultural target audience. 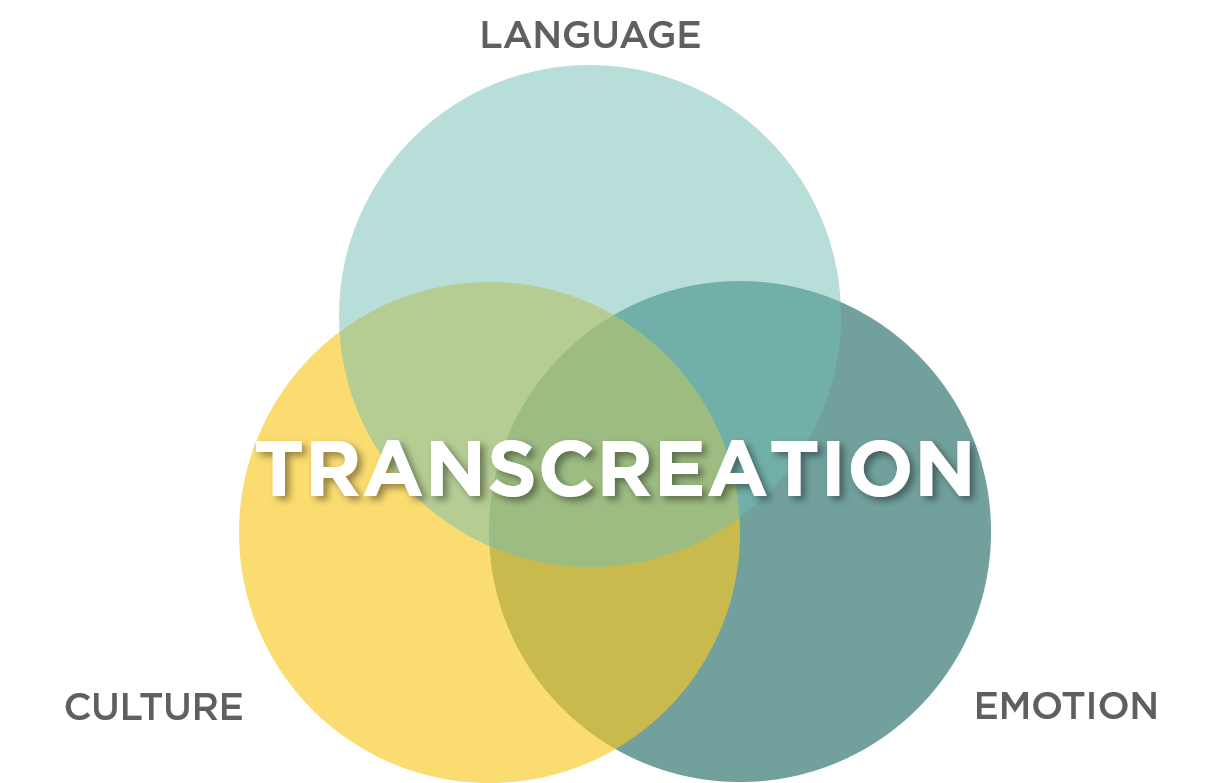 For example, the spokesperson for our client Mattress Recycling Council (MRC) is the “Sandman”. In some English-speaking cultures, Sandman is a mythical creature that puts magic sand in your eyes to help you fall asleep. In order to use Sandman for multicultural audiences, WW had to transcreate the message to resonate with Hispanic or Latino audiences.

In the Hispanic culture, Sandman doesn’t exist. However, a similar character would be “el ángel de tus sueños / ángel de la guarda” or roughly translated “the angel of your dreams” – he’s the character that helps Hispanic or Latino kids to fall asleep and have sweet dreams. Click here to view the Spanish version of the spot. The background of this character lies in the deeply religious (mostly Catholic) upbringing most Hispanic kids have, but that’s a topic for another blog post.

Other sleep-related creatures or customs in different cultures include:

Baku – In Japanese legend, a Baku is a dream-eater—a spirit animal that visits homes in the middle of the night and devours the nightmares of people who are sleeping.

Morpheus – In Greek culture, he’s the son of Hypnos, the God of Sleep.

As you can see, cultural background and context are very important to tailor your message accordingly. If not, the message will not resonate with that target audience.

Now that I’ve mentioned the importance of transcreation, here are five tips on how to do multicultural marketing the right way:

Nobody will be able to understand Thai culture better than a person actually from Thailand or with a Thai background. Same thing for Korean, Mexicans or any other culture. If your organization truly wants to practice empathy, then your employees need to actually know what it’s like to be in your audience’s shoes. Otherwise, if you don’t have someone in your team who can contextualize your marketing campaign to a specific ethnicity or culture, your content will not resonate with that audience.

So, just make sure that someone in your team has the practical knowledge and life experience to vet your campaign for accuracy, regardless of the minority group you’re looking to target.

Tip 2 – Interview people that are not represented in your multicultural marketing team.

If you can’t hire a person from a specific minority group that you’re looking to target, then make sure you can interview someone from that group. To do this, reach out to people in your network, social circle, a friend of a friend – ask them questions about the challenges they face and how are they embracing their culture while living outside their country.

Before airing your multicultural marketing campaign, run the creative and distribution strategy by some colleagues or friends that represent the minority group that you’re targeting and see if they can poke holes through it. Think of this as an informal focus group – ask them what they watch, how they search for something, who would they go to for information on a specific topic – anything that might help you finesse your campaign and strategy.

Tip 4 – Research, test and then research some more.

Don’t make assumptions about a multicultural audience. Data is your best friend. Research applies to all campaigns really, but when talking to a multicultural group it means much more. You have to make sure you’re being sensitive to specific pain points of that group and use the correct language when speaking to them.

At WW we make sure that we’re constantly testing our creative to get feedback from our target audience and make adjustments accordingly. We test message appeal, visual appeal of the ad and overall impressions, among other elements, to ensure our message resonates with our target audience. The insights gathered from our likability studies help us develop customized creative for specific target audiences. Other research studies we do include persona development, which helps us drill down our target audience even further.

One main problem that I’ve noticed in the U.S. is that people seem to think that all countries that speak Spanish have the same cultural background. And this is completely incorrect. Let’s just start with the accent of a Mexican vs an Argentinian – if you’re looking to target a diverse Hispanic community then you should consider using a neutral voiceover for your campaign.

However, if you know the market where you’re airing is mostly a Mexican audience then, definitely feel free to use a voiceover that sounds more like them.

There are also regional differences, idiomatic nuances, imagery, color, music preferences among other Spanish language variations that you’ll have to consider. For example, some Spanish words in Mexico might not mean the same in Peru and vice versa. They are both culturally different and the message will need to be tailored for each consumer market.

When you’re reaching out to audiences of varying ethnicity, language, age and/or gender, think about how to create a sense of empowerment with your marketing messages.

Many minority groups are historically disadvantaged. In order to gain their trust, give them a voice. When multicultural consumers see that a brand is supportive and motivating, this greater representation allows wider perspectives to be heard, leading to a stronger connection with your target audience.

As a Hispanic myself, being born and raised outside the U.S., I have faced many challenges in my daily life since moving to Virginia a few years ago – from feeling misrepresented to being discriminated. So, every time that I hear someone speak my native language, I feel good, engaged and proud.

Therefore, if your multicultural marketing campaign can shed some light on the challenges a minority group faces and highlight their benefit to society, you’ll not only grow that group’s loyalty for your organization, but you’ll also make them feel like they have a genuine and sympathetic ally.