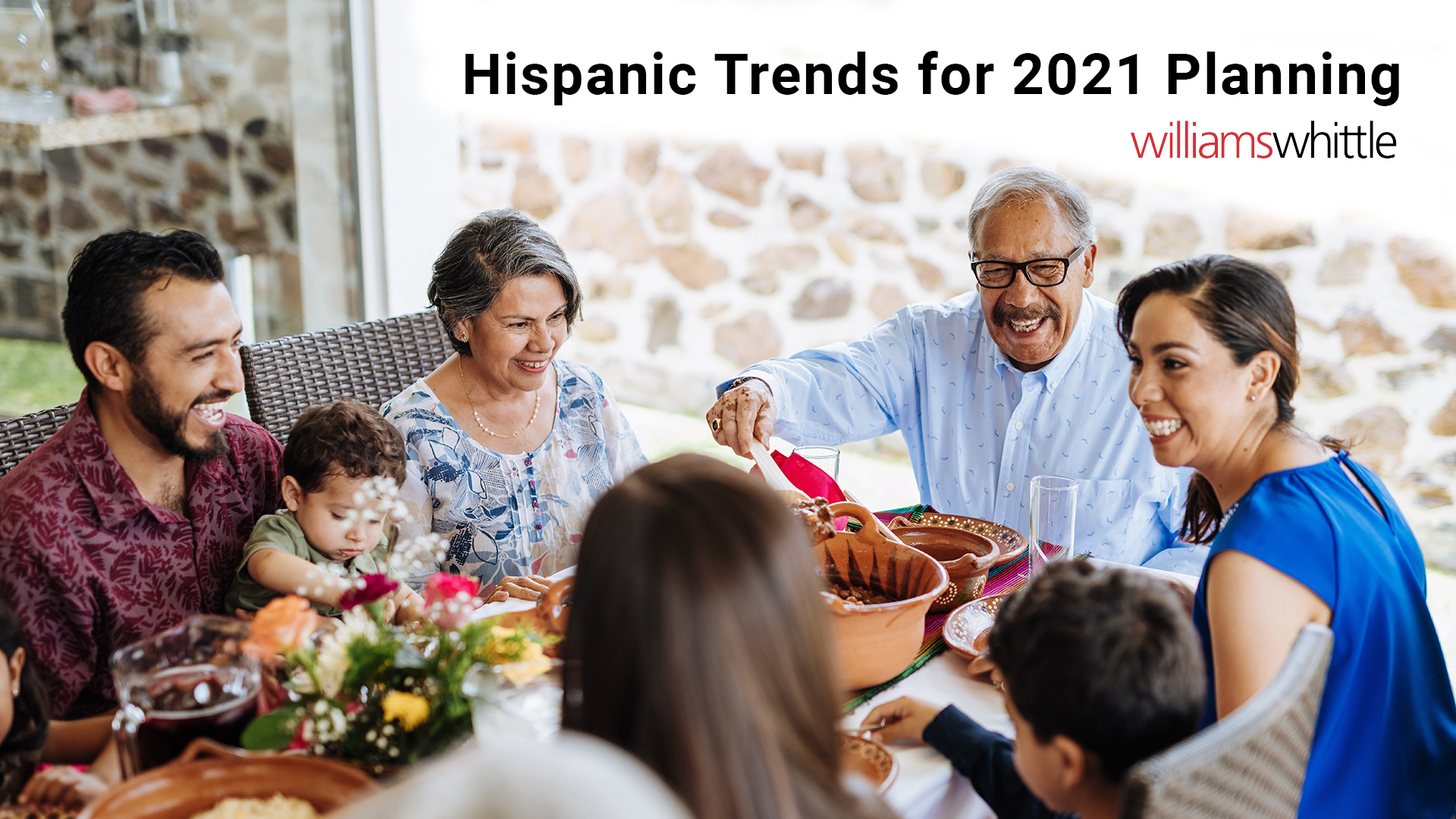 2020 has been a year like no other. In March, the World Health Organization declared COVID-19 a global pandemic, causing the entire country to go into lockdown. The killing of Breonna Taylor in March and George Floyd in May spurred massive protests against police brutality across the country.  More than five hurricanes have hit the U.S. so far and there’s still over one month to go until the season ends in November 30th. Wildfires started in Oregon in July followed by California and other Western states in August, highlighting the impact of global warming. And the U.S. election, that has bitterly divided Americans, is less than one month away.

All these events have taken a hit on consumers mindset and habits, and will impact 2021 planning.  Based on recent findings, we already know that consumers are spending less than before the pandemic.  Most of them are monitoring their budget and expenses more than before and the overall economy remains a concern.  The majority of consumers expect it will take about a year for things to go “back to normal”.

COVID-19 Impact on Hispanics
The coronavirus pandemic has hit the Hispanic community harder than other groups of the population.  Most of them are working in essential and service jobs on the front lines of transit systems, hospitals, the hotel industry, and the meatpacking and agricultural industries, with a longstanding lack of access to adequate healthcare.

As the U.S. went into lockdown, the unemployment rate for Hispanics increased from 4.8% in February to a peak of 18.5% in April before dropping to 14.5% in June, according to data from Pew Research Center.

Before the pandemic, about half of Hispanics overall worried about their place in America under the current administration.  According to a survey, about 38% of Hispanic adults said they had personally experienced discrimination in the previous year.

Pew Research Center informed that of the nation’s 41 million Hispanic adults, roughly half are immigrants and about another 23% are the U.S.-born adult children of immigrant parents.

The Rise of LatinX
Before we jump into the trends specific to Hispanic consumers, I wanted to do a quick check – do you know the difference between Hispanic, Latino and LatinX?  I’ll give you a quick overview.

The term Hispanic was first introduced in the 1970’s and was used to describe all people that speak Spanish.  It first appeared on the U.S. Census in 1980.  Latino was introduced in the 1990’s and was used to describe specifically people from Latin America.  The 2000 Census was the first time that both terms appeared alongside each other.  More recently, the term LatinX was introduced as we continue to develop gender neutral nouns and pronouns.  According to a survey from Pew Research Center, about one in four U.S. Hispanics have heard of LatinX, but just 3% actually use it.  People who use the term are mostly young Hispanics.

Population Trends
According to Claritas 2020 Hispanic Market Report, there are 134,280,015 multicultural Americans in the U.S. and they account for 37.4% of the U.S. population.  Hispanics account for the largest multicultural segment at 19% and are the second fastest growing ethnic group since 2000, with 78% growth.

Immigrants from Mexico, Cuba, Puerto Rico and many other Spanish-speaking countries are included, which means the dialects, cultures, behaviors, interests and values vary greatly from each group due to its linguistic and cultural complexity.  Therefore, any campaign looking to resonate with these consumers will need to be culture-driven and not language based.

Today, 23.4% of the U.S. millennial population is Hispanic.  This is because Hispanics are younger on average than other races and ethnic groups.  Considering this trend, for marketers to capture the attention of the Hispanic millennial and Gen Z consumers, one might want to note that although younger Hispanics might speak Spanish in the home, English dominates conversations with peers. Also, for Hispanics across all generations, especially those who are older, generally prefer marketing that reflects their culture.

Where Does the Hispanic Population Live?
According to the Claritas report, the Hispanic population is concentrated in Los Angeles, New York, Houston, Miami, Dallas, Chicago and San Francisco.  Their presence in many other markets is growing as well, with significant growth in Phoenix, Washington, D.C., Orlando, Philadelphia and Tampa-St. Petersburg. On a percentage basis, very strong growth is seen in the southeastern DMAs.

The top ways Hispanics use the internet on their smartphone include listening to internet radio, watching or downloading movies, social networking and to watch TV programs using online subscriptions. In fact, they are 34% more likely than average to watch live TV on their mobile phone, 18% more likely than average to stream digital video via Amazon Prime, and 14% more likely to stream via Netflix.  With such a significant proportion of Hispanics in the U.S. streaming content online, these platforms have become a viable channel to reach consume these consumers.

Radio reaches more U.S. Hispanics than any other medium. According to a 2019 Audio Today report from Nielsen, more than 43 million Hispanics tune in each week — which means a higher percentage of Hispanics listen to the radio than any other American ethic group.  “Radio is an integral part of the daily lifestyle,” Nielsen says, “peaking near the end of the workday or during the commute home.”  Radio reaches 96% of the Hispanic population, outperforming TV, which reaches 85% of Hispanics.

Hispanic Consumers
There are some specific categories where Hispanics outperform the general market consumer.  For example, Hispanic households spend 15% less on vehicle services (lube, oil change) and 13% less on tune-ups.  Therefore, they spend 18% more than average households on motor oil and 9% more on coolant, additives, brakes and transmission fluids, which indicates they’re purchasing these products to service their own vehicles.  This makes them a great target audience for automotive aftermarket retailers.  Toyota, Honda and Nissan are among the preferred brands for Hispanic consumers, according to an article from Entravision.

Hispanic consumers look for exclusive offers, coupons and discounts via deal sites and social media.  They index the highest in usage of sites like Craigslist, eBay, Coupons.com, Groupon and Retail Me Not, which suggests they prefer to seek out exclusive offers, coupons and discounts online via bargain sites.  In fact, Hispanic millennials are 19% more likely than Gen X Hispanics to use their mobile device to find coupons online.  When considering these facts, it would be wise to launch marketing campaigns that include a compelling offer for these consumers.

Consumers in this target audience are more likely to carry out day to day banking transactions online.  Mobile banking has become the go-to method for Hispanics to make deposits, transfers and monitor their spending/earnings.  The tech-savvy Hispanic millennials see banking technology as something that enhances their lives.

Hispanics are the largest multicultural segment and the second fastest growing ethnic group since 2000.  It’s an audience that you can’t afford to ignore in 2021 and beyond.

Drop us a line to learn more on how we can help you plan for next year whatever your target audience may be.