Spring is the season of annual reports. I’ve been anxiously awaiting the new wave of 2012 Annual Reports to analyze and determine the best of the best. (Stay tuned for a follow up blog post on that.)

Back in January, we were asked by a new nonprofit client of ours for a critique of their 2011 annual report and some suggestions for the 2012 edition. As soon as they asked for our input, I thought “geez, with more than 10 years of annual report design and writing experience, I can’t believe we don’t have a white paper on it.” So here it goes.

Before I get to our “Top 10 tips on Nonprofit Annual Report Writing & Design,” I’d like to share some of the experience that got us there. And at the top of our list are the annual reports we created for the USO. Each year had a definitive theme, but what is most impressive is how the creative and copy evolved.

In 2003, as American entered the conflict in Iraq, so did the USO. And the annual report reflected that. The design of the cover purposely broke brand guideline rules by changing the colors of the USO logo to a subdued color scheme to blend in with the camo. The concept was to mimic the subdued American flag on fatigues and uniforms service members wear in conflict zones. The size of the annual report was also purposely an odd size at 5 ½ inches tall x 8 ½ inches wide. It was the size of military manuals that could fit in the cargo pockets of uniforms. 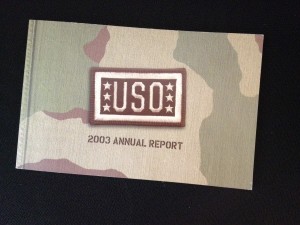 As the USO celebrated their 65th anniversary in 2005, the organization was looking forward by celebrating the past. Although the war and the needs of the troops were different from past wars, the basics the USO provided stayed the same. Each section of the 2005 annual report started with a “then and now” photo comparison. Through pictures it showed that even though the faces, the uniforms and the places changed, their needs didn’t; they still appreciated the use of USO centers while traveling with free food and drink, mobile canteens provided the same goodness and the troops always found respite and rejuvenation in entertainers that came to visit and perform. (Click the images below to see the images much larger.)

The theme of the 2005 annual report focused on memorabilia. After photographing the USO’s collection (boxes and boxes of stuff) they became the main imagery throughout the book. 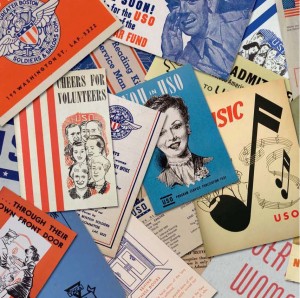 Rich Park, our Creative Director, is known for his clean design. The saying “he isn’t afraid of white space” doesn’t even apply – he thinks white space is key and encouraged it throughout the 2008 annual report. With so much for the USO to report on, he wanted clear and emotional pictures to be the anchors of the book. Like in 2005, we took crisp and close-up photos of “things” that represented the USO’s service to the troops. 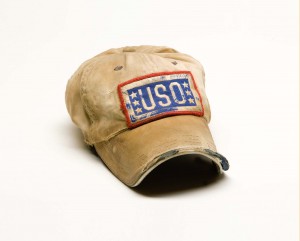 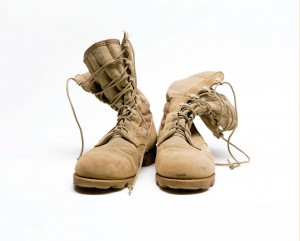 By 2009, the US was at the height of war. And the sacrifices of our troops were becoming ever clearer. That is why we encouraged the USO to move away from the typical “report” and instead let the troops tell the story of the USO in their own words. Each story was personal and accompanied by a close up of each storyteller. It’s almost as if the words jump off the page. 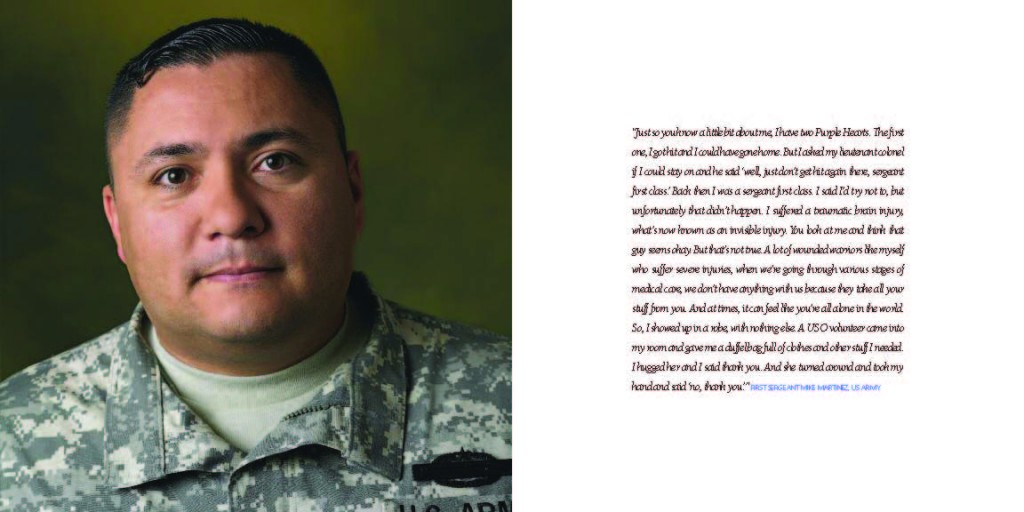 Needless to say, when asked, we had a lot of pointers for effective, engaging and beautiful Annual Report design. You can download a full list of tips and explanations. Click here for the 2-page PDF download. Here’s the top 10:

We also identified some of examples of our best practices and included them in our white paper. Be sure to check out these links below.