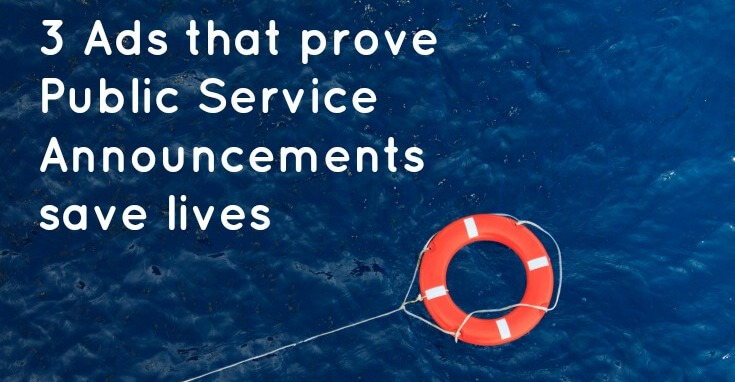 It’s been over two years since I first blogged about how PSAs save lives. In fact, I almost forgot about it until Friday when I came up with a *brilliant* idea about writing a blog post about how PSAs save lives and saw that I had already started the series. My first post talked about how the platform of PSAs allows the messaging to literally help people save lives. In this post, I wanted to focus on how life-saving messages come to life through many channels and start to nudge behavior in a better direction.

This round, my first PSA is the “New Family Rule” created by two Canadian charities to help save lives from melanoma skin cancer.

They leveraged social media in a seamless way that gave the campaign longevity:

The second PSA is the “Love Your Butt” campaign from Chris4Life Colon Cancer Foundation. They are part of the American Cancer Society’s 80% by 2018 Screening campaign, which has a goal of reaching 80% of adults ages 50+ getting their colon screened for cancer. In fact, increasing screening rates to 80% by 2018 would prevent 277,000 new cases of colon cancer and 203,000 deaths within 20 years!

What this campaign did best was leverage the creative messaging that makes people stop and think (and hopefully act):

Like anything that makes someone different (skin color, sexual orientation, etc) food allergies are just another topic that make kids susceptible to bullying. So, knowing you’re not alone is powerful.

The way they approached the message in “It’s Not a Joke” campaign is what makes it effective–they illustrated the problem.

For those willing to put in serious time and effort to create behavior-changing public service messages, the effects can be significant. For example, Smokey the Bear’s “Only You Can Prevent Wildfires” campaign started running in 1944 and by 2003 they estimate the campaign had reduced the number of acres lost annually from 22 to 4 million. And the “Truth” campaign targeting youth with an anti-tobacco message started in 2000 when 23% of teens said they smoke and today only 8% of teens say they smoke.

The proof is in the pudding. PSAs really do save lives.