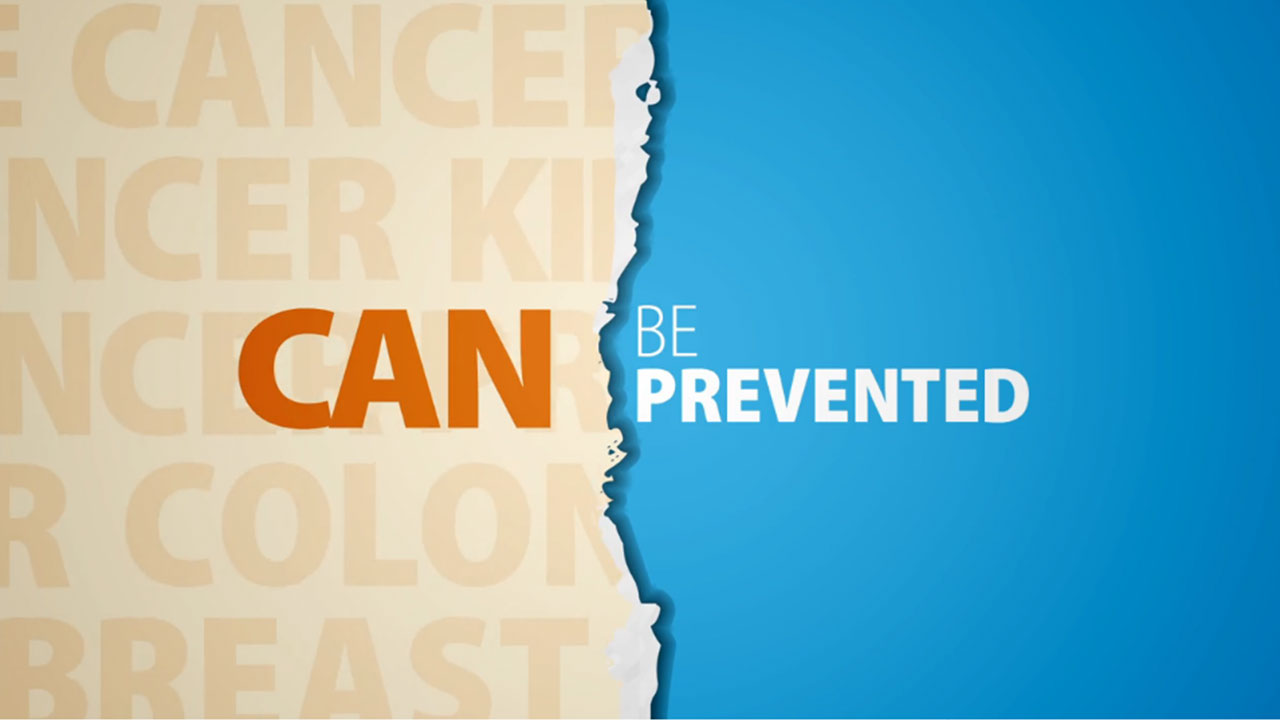 February is Cancer Prevention Month. So at Williams Whittle we are taking this month to revisit what each of us can do to prevent the risk of cancer.

This also gives us an opportunity to look back and find some of the best cancer-fighting advertising and PR campaigns we can remember. These campaigns made us laugh, made us cry, an even made us donate, all for a cause we care deeply about.

Here are our top five favorite campaigns, including one of our own!

#1 American Institute for Cancer Research (AICR) “Together We Can”

Our public awareness campaign for AICR educates the public that nearly half of all cancer can be prevented by adopting healthier habits. The campaign is multi-faceted, but the centerpiece is our PSA that drives traffic to a downloadable 30-day prevention checklist on prevent50.org.

The print PSA has run in regional editions of national magazines like Time, Food & Wine, and Oprah. And the payoff? To date, the PSA has had over 148,000 airings and is still airing today. The campaign has won a Cancer Awareness Advertising Award and a PR News Nonprofit PR Award.

One of the most emotionally beautiful campaigns we can remember is Estee Lauder’s Hear Our Stories campaign. This campaign supported their corporate initiative, The Breast Cancer Research Foundation. It shared heartfelt, deeply-personal, and touching stories from survivors and their closest family members. See a short clip of it here.

Back in 2003, 30 Australian men came together and started Movember because they wanted to bring the fashion trend of the moustache back. They and some friends decided to grow their moustaches for the month and were inspired by a friend’s mom who was fundraising for breast cancer. So, they decided to campaign for men’s health and prostate cancer but didn’t raise a dollar.

And now they have over 5 million participants and have raised over 700 million dollars.

#4 Be The Match “Be the Guy” Campaign

This campaign, done by Be the Match, a nonprofit who runs a bone marrow registry, was facing a serious problem. They had a big gap for the rarest type of donor: 18-24 year-old men. So, they decided to run a campaign.

This campaign was incredible, featuring weird, funny, and unique videos about bone marrow donors. And, Be The Guy was incredibly successful.

In early 2017, Worldwide Breast Cancer launched a campaign containing one simple image: a dozen lemons in an egg carton.

The image shows the different forms breast cancer can take—and ways to detect it as early as possible. The campaign was developed by the Corrine Ellsworth, a woman who lost both her mother and grandmother to breast cancer.

The simple image was seen by over 700 million people in 2017, twice the population of the United States of America.

Whether your organization is fighting cancer, solving global health problems, or saving the world, we want to know about it! Drop us a line at williamswhittle@williamswhittle.com.