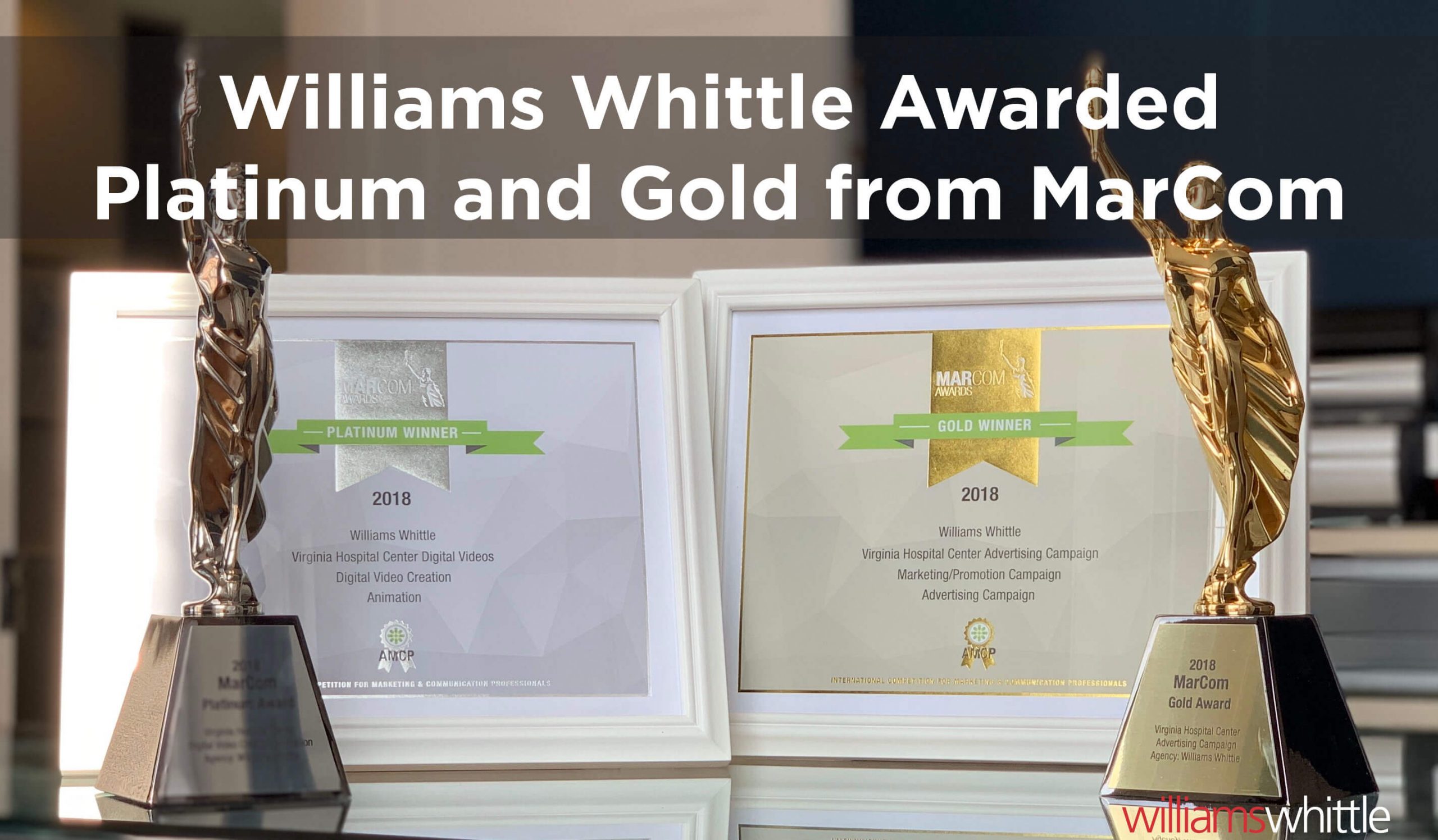 Williams Whittle is proud to announce being awarded two MarCom Awards for campaigns with our client Virginia Hospital Center. Judged by the Association of Marketing and Communications Professionals, MarCom is an internationally respected competition 15 years in the making receiving 6,000 entries annually. MarCom evaluates entries in the following categories: print media, strategic communications, digital media, and audio video. Many of the industry’s most well-known agencies and organizations compete for MarCom awards. Winners have included: National Geographic, United Way Worldwide, Aflac and more.

We received the Platinum Award, which is the highest-level award in this competition, for our OB/GYN Campaign in the digital video: animation campaign category. This animated video series was created to increase visibility and awareness of Virginia Hospital Center’s OB/GYN services.

The first video encourages young women to start now to establish an important, lifelong relationship with a caring OB/GYN.

We also received a Gold Award for our Better Together advertising campaign aimed at continuing to build awareness of Virginia Hospital Center’s collaboration with the Mayo Clinic Care Network. Primarily targeted to women 25-54, the campaign aired in the Washington, D.C. DMA in traditional, digital, and social media channels.

These honors now stand alongside our awards from the American Marketing Association, Effie and American Advertising Federation; just to name a few. We are proud of the work we do for each of our clients and that we have remained an award-winning agency for 50 years and counting.