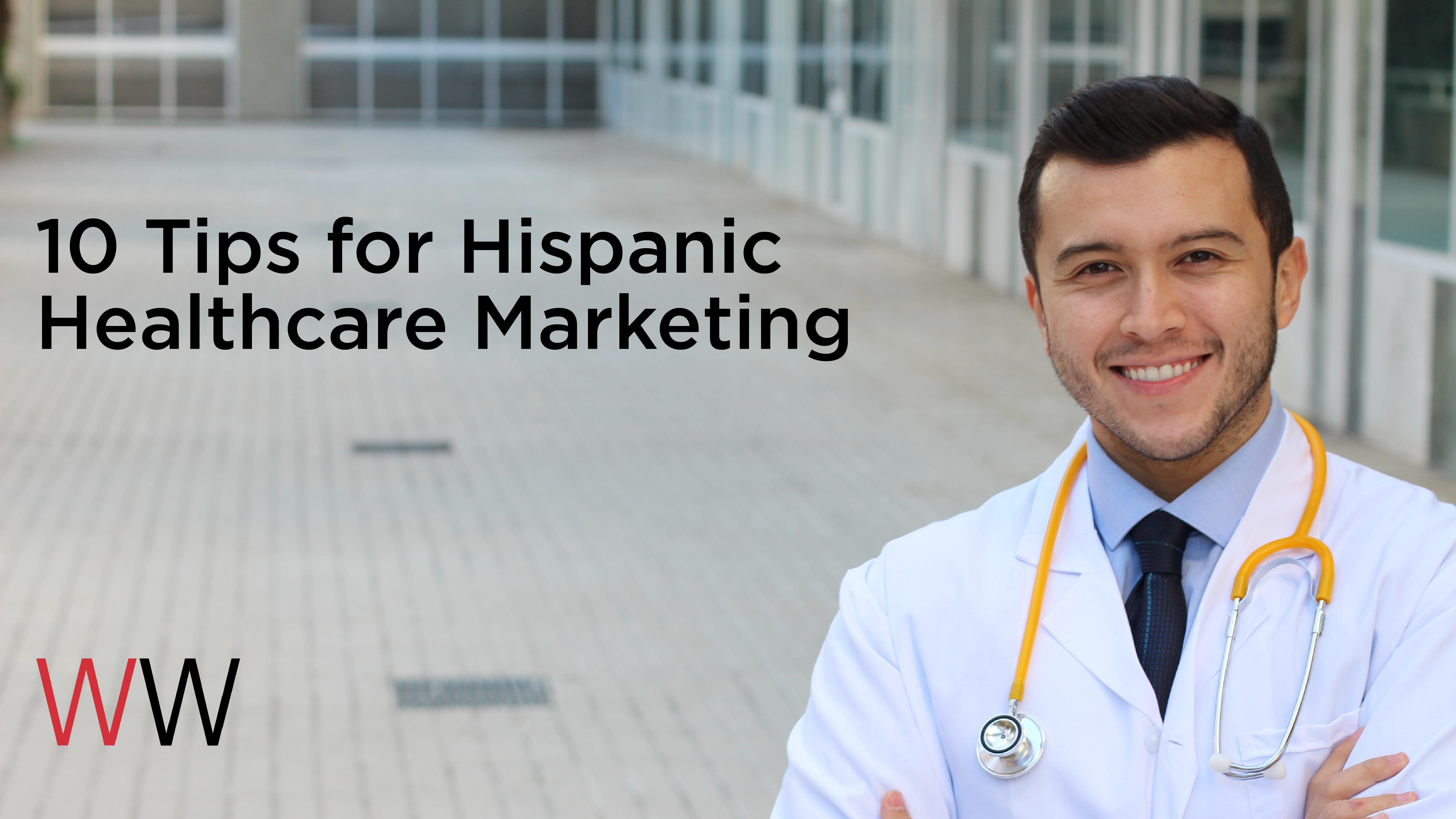 As of 2021, states with the largest Hispanic populations are California, Texas, Florida, New York, Arizona and New Mexico. Something worth noting is that in 2019, 30.8% of Hispanics were under the age of 18 in comparison to 18.6% of non-Hispanic whites.

Today, 23.4% of the U.S. millennial population is Hispanic.  This is because Hispanics are younger on average than other races and ethnic groups.  Considering this trend, for marketers to capture the attention of the Hispanic millennial and Gen Z consumers, one might want to note that although younger Hispanics might speak Spanish in the home, English dominates conversations with peers. Also, Hispanics across all generations, especially those who are older, generally prefer marketing that reflects their culture, as noted in a previous blog post.  By 2025, 27% of the U.S. Gen Z population will be Hispanic.

When it comes to work and economics, the Census report says that 24.4% of Hispanics work within service occupations, 23.8% work in managerial or professional occupations.  Among full-time year-round workers in 2019, the average Hispanic/Latino median household income was $56K in comparison to $72K for non-Hispanic white households.

By the end of 2020, the unemployment rate for Hispanics jumped to 9.3%, according to a report by The New York Times.  Before the pandemic, the Hispanic jobless rate was hovering around 4.4%.  This group was hit the hardest by the COVID-19 pandemic.

As you can see this group is continuously growing, proportionally disadvantaged, very culturally diverse and young.  Nonetheless, when speaking of healthcare marketing there are several things to keep in mind when communicating with Hispanics and Latinos.

A study from The Commonwealth Health Fund found that the uninsured rate for Hispanic adults decreased from 40.2% in 2013 to 24.9% in 2018, after the Affordable Care Act law was passed.  However, Hispanic adults continue to report significantly higher uninsured rates than either white or black adults.

When it comes to access to healthcare, a report from HMA Associates says that 27% of Hispanics lack a regular physician.  Also, insured Hispanics are more likely to be married, to have been born in the U.S. and to speak English.  They are also more likely to have finished high school, to be older than 35 years of age and to have an income above the federal poverty line.

Hispanic household size is larger – the average size of a Latino household is 3.47 people compared to 2.62 for the total population.  These households tend to be multi-generational as they have grandparents, cousins, uncles and other family members living under the same roof and children are a big part of these households.  Sometimes, the reason why grandparents are living in that household is to take care of their grandchildren while parents work.

HHS and the Office of Minority Health Resource Center inform that Hispanic health is often shaped by factors such as language/cultural barriers, lack of access to preventive care, and the lack of health insurance. The Centers for Disease Control and Prevention has cited some of the leading causes of illness and death among Hispanics, including heart disease, cancer, unintentional injuries (accidents), stroke, and diabetes. Some other health conditions and risk factors that significantly affect Hispanics are asthma, chronic obstructive pulmonary disease, HIV/AIDS, obesity, suicide, and liver disease.

When planning your healthcare marketing strategies for Hispanics or Latinos in the U.S. here are 10 tips to consider:

Overall, the campaign or message needs to reflect the values that are important to them.  The key cultural values include –

Lastly, don’t be surprised if they believe their illness was caused by ‘mal de ojo’ (bad eye) or ‘envidia’ (envy).  Culturally, Hispanics think that illnesses can be caused because someone looked at you the wrong way with envy.  For example, someone might come and say that you have such pretty and long hair with a hint of envy and bam! – that comment can stunt your hair’s growth for years to come.  Mind you, hair growth can be impacted by many other things.  Also, this may or may not have happened to me.

So, always be empathetic and take the time to review any concerns they may have, as you would with any other patient.  And always keep in mind the cultural and language barriers that may have prevented that person from finally going to a doctor’s office.

Healthcare marketing is one of our areas of expertise and as you can see, we’re always looking for insights to make our campaigns relevant for all target audiences alike.  Drop us a line to develop a strategy for your healthcare nonprofit.