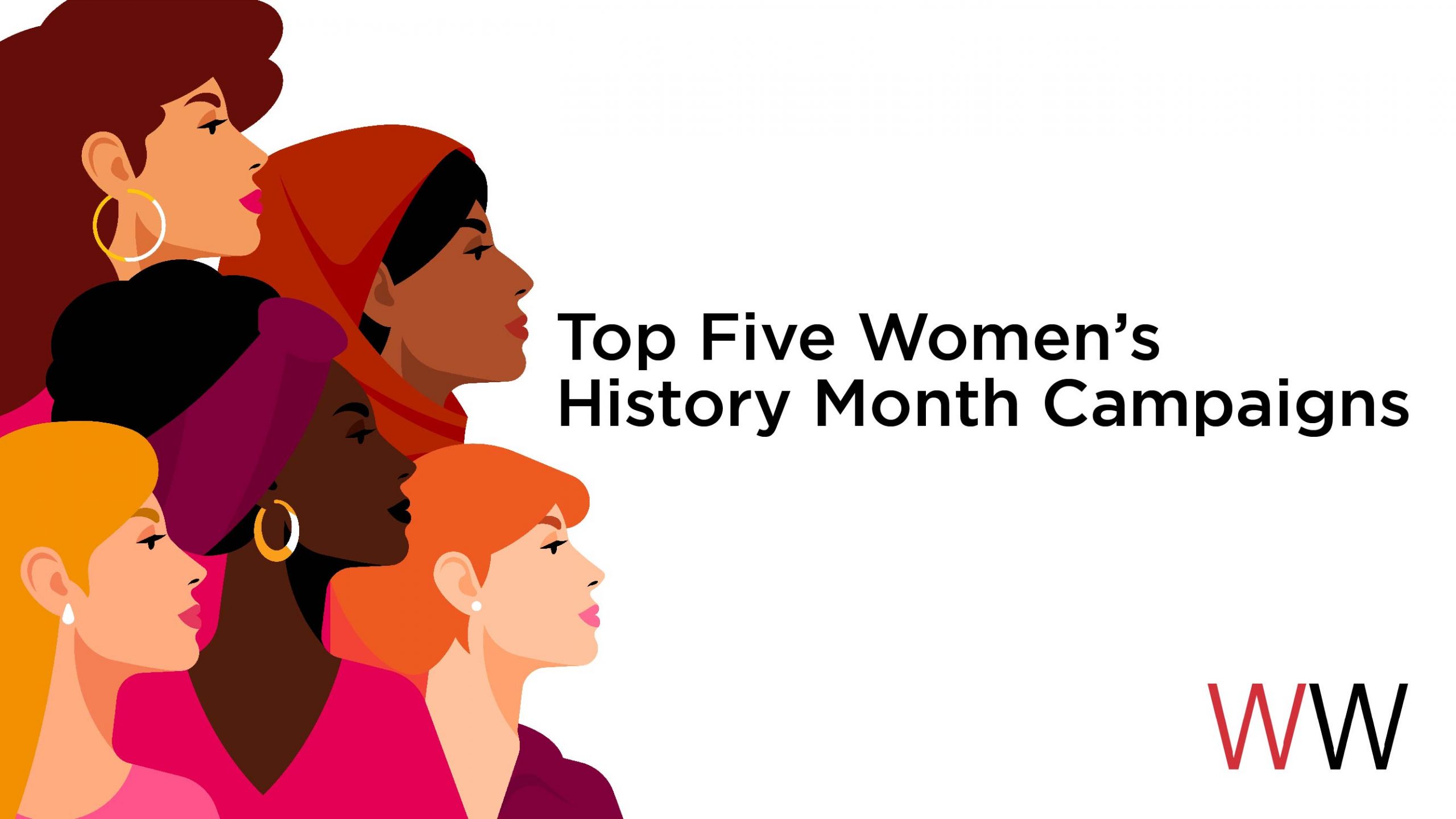 Women’s History Month (WHM), which is observed in the U.S., U.K. and Australia in March, and in October in Canada, began with a single day – International Women’s Day (IWD) celebrated on March 8th.  According to Time Magazine, the impetus for establishing an IWD can be traced back to New York City in February 1908, when thousands of women who were garment workers went on strike and marched through the city to protest against their working conditions.

In the 1970s, local groups and municipalities began celebrating Women’s History Week.  The movement became so popular that people began lobbying for a more formal observance.  In 1987, Congress officially declared March to be Women’s History Month.

Fast-forward to a few decades later, our team currently is over 87% female – to celebrate the women that work at Williams Whittle and in honor of WHM, we took a look at the campaigns that recognize women and narrowed down our top 5.

This is not your typical Nike ad.  This one features more than 20 mothers in various stages of pregnancy and postpartum life, including breastfeeding athletes. Now, you may recall that in 2020 ABC banned an ad from Frida showcasing postpartum life because it was too graphic for primetime TV.  In 2021, they were able to air a new spot that talks about the hardships of breastfeeding.

So, the fact that Nike included breastfeeding athletes in their spot is truly a huge win – we need to make this conversation normal.

It’s a very powerful message that all women need to hear.  The things we do with our bodies are incredible and they don’t make us any less capable of being the greatest athletes ever – no matter the stage of life that we’re in.

Google – First of Many

This ad shows how people search for the first woman that did something in a specific category.  It shows clips of women through history that made a huge impact, such as the first woman to climb Mt. Everest, first in space, first to win a Nobel prize, etc.

It’s absolutely empowering!  Seeing so many women being the first at something and breaking the stereotypes is truly inspiring.

Military/Veterans marketing is one of our areas of expertise and we regularly monitor campaigns that highlight our service members.  In this ad, the U.S. Air Force shows a group of women that started their journey in this military group.  It gives viewers a glimpse of women in uniform and what they can do in the Air Force.

The line that says “every superhero has an origin story” is very powerful.  They started their origin story at the U.S. Air Force and now they are our country’s superheroes.

This campaign from Hershey’s Brazil highlights different women in arts.  Their work was included in chocolate packages to tell their story.  The ad invites other women to submit their work for a chance to be featured in one of the packages.  For the ones in music, the package featured a QR code to listen to their music.

It’s a brilliant way to celebrate women in arts.  These packages must have caught the attention of people waiting in line at the registers everywhere.  Plus, it’s a great way to support local artists/women too.

Barbie – Did You Know

Barbie was one of my favorite toys as a child.  She had everything – the camper, the mansion, the pool, the horse, the convertible car, tons of clothes and shoes, etc.  This ad is not your typical Barbie ad where she’s having fun with friends and living her best life.  It’s an ad showcasing real girls, giving us facts about women in the workforce and how we need more women in STEM careers and leadership positions, so they can see themselves in these roles too.

According to S&P Global, women represent 39% of the global workforce but accounted for 54% of job losses as of May 2020. Furthermore, women are over-represented in sectors that are most heavily hit by the pandemic, such as hospitality or the food services industries, further exacerbating inequalities.

It’s impactful to see little girls delivering these hard facts.  Representation matters – they need to see more women in these positions to know it’s possible for them too.

I hope these campaigns inspired you as much as they encouraged our team.  Check out our blog for more of our top 5 series.